The Easter Fools was a mini party in Club Penguin Online which began on April 1, 2018 and only lasted a day. Easter Fools combined the celebration of Easter and April Fools day into one party and was only accessible on New Client.

The party consisted of a Scavenger Hunt with riddles, which would help the player find the icons, to win a reward, as well as receive the Scavenger Hunt Stamp. 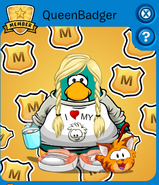 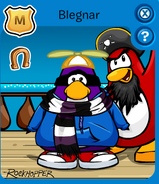 Member with moderator badge
Add a photo to this gallery
Retrieved from "https://officialclubpenguinonline.fandom.com/wiki/Easter_Fools_Party_2018?oldid=100295"
Community content is available under CC-BY-SA unless otherwise noted.