Ezra Bridger was a former street urchin and con artist; the Force-sensitive Jedi Padawan of Kanan Jarrus, and an early member of the Rebel Alliance. Penguins were able to unlock his costume at the Ultimate Star Wars Takeover.

Initially, Ezra only saw the crew of the Ghost as a means to an end, stealing any valuables from the ship he could find, but he soon befriended and developed a strong bond with the crew members. Ezra's rough upbringing taught him not to trust others, let alone help them. Sometime after meeting the crew of the Ghost, Ezra became a bit more trusting. Ezra was also very charismatic, which helped him get by during his early years. He was thievish, yet easy going and upbeat, and liked to play pranks and make jokes. He flirted with Sabine and pranked Zeb, but with his jokey attitude he hid from the others what he really felt about his parents, as he didn't trust people easily. 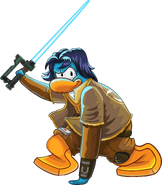 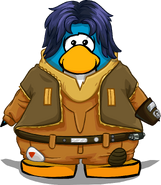 What Ezra Bridger would look like on a Player Card 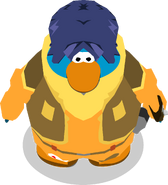 What Ezra Bridger would look like in-game
Community content is available under CC-BY-SA unless otherwise noted.
Advertisement