The Halloween Party 2019 was a party and the second Halloween Party in Club Penguin Online. It was hinted at on October 4, 2019 in a brief announcement about the new Penguin Style Catalog. It was also confirmed due to the Furniture and Igloo Catalog showing the party logo and on October 8, 2019 on the What's New? Blog.

It started on October 25, 2019 and ended on November 7, 2019. Alongside the party, HALLOWEEN19 code was released. The custom Green Ghost Puffle was released during the party.

The party was occurring simultaneously at the same time as the Club Penguin 14th Anniversary Party.

Before the Halloween Party started, puffles begin to feel agitated, and the first three floors of the Puffle Hotel appearing to be haunted. Gariwald VIII goes to investigate the alleged paranormal activity that is happening over there. October 25, the Puffle Hotel shot up thirteen stories overnight, and rumours about Ghost Puffles haunting the Puffle Hotel began to circulate. Gariwald VIII has gone missing while investigating paranormal events there. With the help of Skip the bellhop, penguins have to explore all 13 floors of the haunted hotel, solve puzzles, and assemble the ghost catcher to save Gariwald.
Later, Skip is revealed to be an evil ghost who wants to use the energy of the ghost puffles to haunt Club Penguin Online Island. However, he is defeated by penguins, Gariwald is freed from being kidnapped, and penguins are allowed to adopt a ghost puffle.

The 13th Floor, while battling Skip

Gary notifying the player upon logging in

Skip introducing himself when entering the Puffle Hotel Lobby

Skip telling the player that the power is out

Skip ecstatic after the first piece was found

Skip surprised you got the last piece for the ghost catcher

Skip tricking the player to step on the red tile

Skip being glad the Ghost Puffles are captured

Skip revealing himself as a ghost

Gariwald's message once he sees you

Skip's message before his last attempt to stop the player

Gariwald congratulating you on defeating Skip and saving him 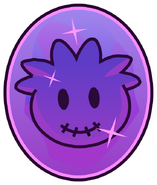 Homepage screen for the party 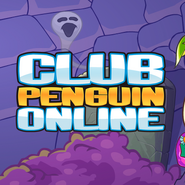 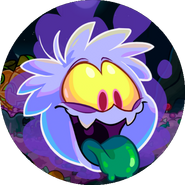 Discord icon during the party

Discord Server banner for the party

Map during the party

The hotel elevator before The 13th Floor is unlocked

The hotel elevator after The 13th Floor is unlocked

The promotional image for the party posted on Twitter

Special code released for the party

Sneak peak of the Pond posted by Jonas on Twitter

The page in the Furniture and Igloo Catalog showing the party logo, furthermore confirming the party

Confirmed on the What's New? Blog

Community content is available under CC-BY-SA unless otherwise noted.
Advertisement