Hollywood Party was a party in Club Penguin Online, which began on April 22, 2020 and ended on May 7, 2020. Penguins could act in movies, and the Awards Show featured penguins who were the best of the best in several categories, and many trophies were awarded.

At the start penguins are rewarded with the Film Script. Dancing and doing everything that the scripts of each movie set require you to do, you will be given

points which boost your superstar status and unlock an item on the way.

At the start penguins are rewarded with the Digital Camera. When wearing it and throwing snowballs on penguins, you will be given

points which boost your director status and unlock items along the way.

Return of the Space Squid Set

The following are all the designs for the Awards Show. 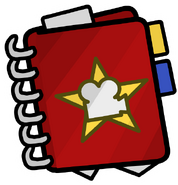 Return of the Space Squid Set

When trying to enter Awards Show before April 29, 2020

Aunt Arctic greeting the penguin upon logging in

The Homepage header for the party 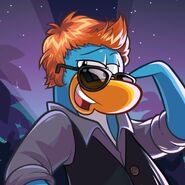 Map during the party

Sneak peek for the party, posted on Jonas' Twitter

The promotional image for the party, posted on Club Penguin Online's Twitter 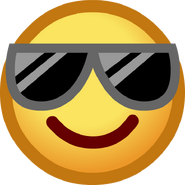 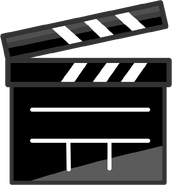 Retrieved from "https://officialclubpenguinonline.fandom.com/wiki/Hollywood_Party?oldid=103151"
Community content is available under CC-BY-SA unless otherwise noted.