The Pirate Party 2018 was a party in Club Penguin Online that began on January 24, 2018 and ended on February 4, 2018. The party had a pirate theme, and its main feature allowed penguins to duel with Pirate Crabs or to collect Pirate Party Coins. These gave XP that could be used to collect different swords. Additionally, penguins could unlock new items each day through the interface.

Despite Rockhopper visiting during this party, The Migrator was not accessible.

A group of crabs living at Swashbuckler Trading Post boarded Rockhopper's ship after Rockhopper had told them about his journeys and his home. Once on board, the crabs eventually "took over" Rockhopper's ship.

After sailing for several weeks and crashing the Migrator onto the shores of Club Penguin Online, the pirate crabs began rounding up precious treasures that Rockhopper had gathered over the years. Rockhopper then began recruiting penguins to help him stop the pirate crabs from burying his treasure; sending them to battle with them and regather the remaining loot.

Stadium
Add a photo to this gallery 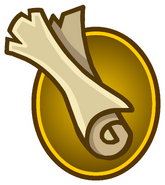 Page 3
Add a photo to this gallery

Homepage screen for the party

The Map during the party
Add a photo to this gallery 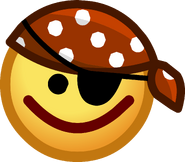 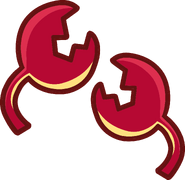 Crab Claws
Add a photo to this gallery

Retrieved from "https://officialclubpenguinonline.fandom.com/wiki/Pirate_Party_2018?oldid=99307"
Community content is available under CC-BY-SA unless otherwise noted.