Rookie was the public relations officer and comm leader for the Elite Penguin Force and an intern Secret Agent. He was a green penguin who always was spotted wearing a red propeller cap, a pair of red sunglasses, and a red Hawaiian shirt patterned with white flowers. He appeared in secret missions #3, #7, #10, and #11. Rookie was a friendly and lovable penguin, but was often very silly and made mistakes in secret missions.
There was a stamp for meeting Rookie, see List of Character Stamps. 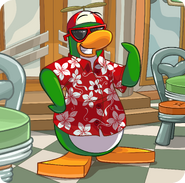 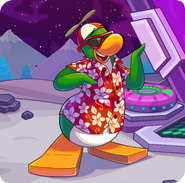 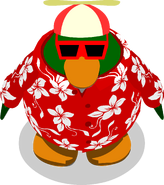 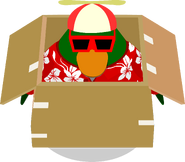 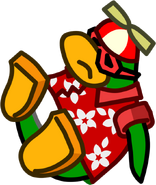 As seen in the Case 1, during the Batman Party, at the Dock