Sam the Sasquatch was a sasquatch living in the wilderness of Club Penguin Online. Little was known about him, except that he had been on the island for a very long time and had always been friends with puffles, although he did not show himself to penguins until 2018.

He played a prominent role at the Wilderness Expedition 2018, where he ate the cake in the Ski Lodge that was supposed to be for celebrating the Lodge's renovation. Players followed him into the Wilderness, where it was discovered that Sam was just hungry, as O'Berries were not filling enough. 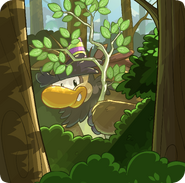 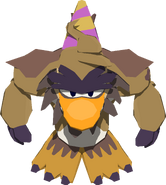