Sensei was a Ninja and Card-Jitsu master on Club Penguin Online. He could be found sitting inside the Dojo, as well as inside the Fire Dojo and Water Dojo. Sensei trained penguins to help make them Ninjas and often referred to his students as grasshoppers. There was also a stamp for meeting Sensei, see List of Character Stamps.

The character Tusk that appeared in Card Jitsu Snow is Sensei's old friend, and he used Tusk's tusk as a walking stick. 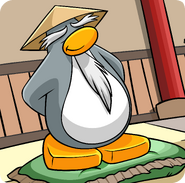 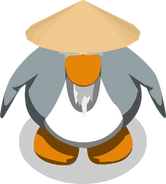 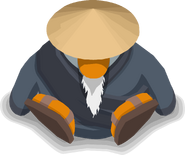 In-game look as seen in the Dojo 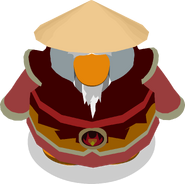 In-game look as seen in the Fire Dojo 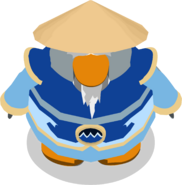