The Snow Dojo was a dojo located on a mountain peak, high in the mountains of Club Penguin Online. The Snow Dojo did not contain any mini-games as Card-Jitsu Snow was not released. 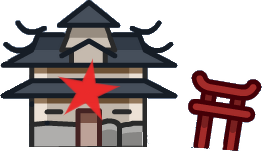 The Snow Dojo was located inside the Dojo to the right

Retrieved from "https://officialclubpenguinonline.fandom.com/wiki/Snow_Dojo?oldid=113107"
Community content is available under CC-BY-SA unless otherwise noted.