Twee was a storytelling fairy. She was the narrator of the play Fairy Fables. She lived in a magical tree, and had a liking for things in pairs. She was portrayed as helpful, using her magical abilities to assist Prince Redhood. However she was also seen to have a demanding side, and refused to let Prince Redhood change the color of his outfit.

"A magical storyteller who thinks that everything is better in twos. You never know quite what will happen in Fairy Twee's library!" 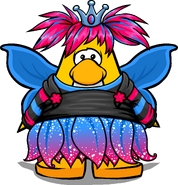 What Twee would look like on a Player Card 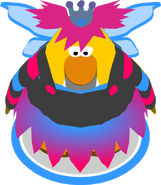 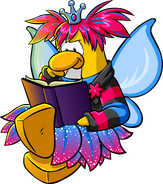 Twee as seen in the Costume Trunk
Community content is available under CC-BY-SA unless otherwise noted.
Advertisement