The Winter Ball 2018 was a mini party in Club Penguin Online which began on December 14, 2018 and ended on December 16, 2018. It was similar to the Prom 2018 and Summer Formal with many of the same features. The Elegant Style Catalog was released for this party to allow players to buy formal outfits. Players could have also ask each other to the Winter Ball through the feature on their Player Card.

Town
Add a photo to this gallery 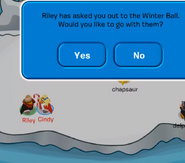 Announcements about the party

Timmy's announcement about the event and features

Riley's announcement about the party
Add a photo to this gallery

The Discord server icon during the party 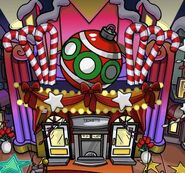 Earlier version of the Plaza
Add a photo to this gallery

Retrieved from "https://officialclubpenguinonline.fandom.com/wiki/Winter_Ball_2018?oldid=99348"
Community content is available under CC-BY-SA unless otherwise noted.